Later than I had hoped for, such is life, but, as mentioned on my last post, I wanted us to dig a little further into how pornography affects its viewers. Truthfully, I had no expectations to be writing about pornography when I started blogging. I don’t even know if I have the appropriate font for this topic, but here we are.

[Disclaimer: This is an informative posts & my research did not involve viewing the material. You probably weren’t even thinking that were you? Well….this got awkward.]

The average American consumer is exposed to over 14,000 sexual images and messages every year, most which objectify women and base their value on their body shape and size. This accounts for exposure through television alone.

It is then to no surprise that our perceptions of sex and love are shaped around what the media sells to us. Drop by drop. Bits by bits. Explicitly or subliminally. They sell SEX, because well…sex sells. And if you want the explicit content, you got it. They have a wide range of selections too, to appease the preference of all its audience. Globally, pornography is a $97 billion industry with 75% of its internet users being men. But have you ever considered how this industry affects its viewers aside from providing a short-lived pleasure?

So, what’s happening neurologically when we are exposed to these forms of sexual stimuli?

The human brain is responsible for producing sexual stimuli by releasing chemicals. The variation of these chemicals can either increase our attraction for someone, foster a deep love and long-term attachment, or both.

Let’s look into the main culprits…. 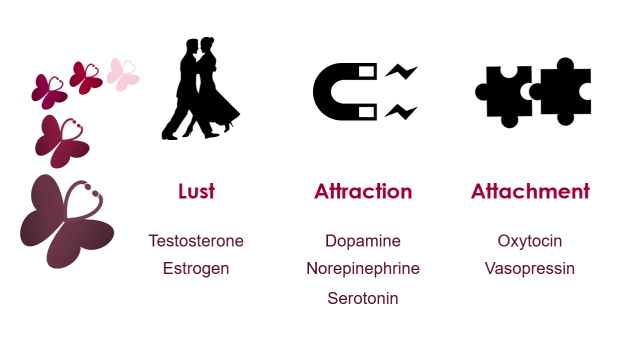 Oxytocin: hormone that promotes a feeling of connection, bonding, and attachment 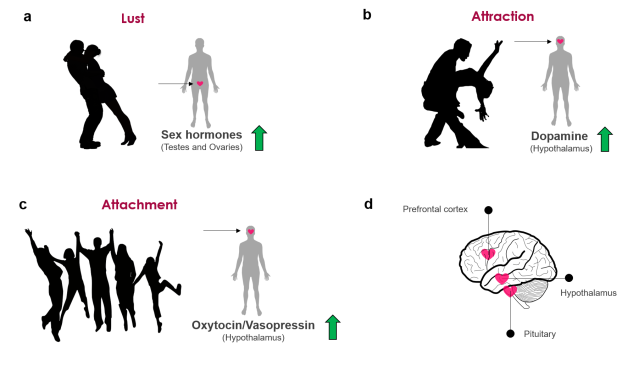 In a loving relationship it is typical to move from the dopamine-rich state of a new, first love to the deeper intimacy that leads to the calm, secure and quiet stages of oxytocin-induced attachment. However, for someone who becomes a frequent user of pornography they begin to overstimulate the brain with dopamine and will seek ways to maintain that “high”. The brain will adapt by increasing its tolerance levels and the result is desensitization, similar to the experience of a drug addict.

So while these brain chemicals are causing the pornography user to seek other pathways to meet its new tolerance levels, psychologically and emotionally the viewer is also undergoing a rather ugly transformation.

Leahy, explains it this way…..

The more disturbing the image, the more I found I had to separate my relational emotions and values from what I was looking at and view the women as objects instead of people…..I had to separate or dissociate my emotions from how I was using these people for my own gratification.

Feed yourself a steady diet of pornography, you’ll increasingly view women as degraded sex objects- you’ll sexualize and objectify all women. And in the process of doing that, you’ll have fewer and fewer thoughts and images representing a healthy view of women as caring, loving, feeling individuals worthy of your admiration and respect.

Wow. Read that again (if your attention span permits, this post is getting long).

4.5 billion hours spent watching people in sexual acts. Is anyone disturbed by this? I mean, really, just think about it. Something that was created to be a deep, intimate, spiritual experience, an expression of love, is being performed for the entertainment of others. So, people just sit there. In front of a screen. Watching others have sex. This is their entertainment. It’s twisted. But we are too liberal of a society for many to ever see it as so. Because sex is causal. Sex is fun. Sex feels good.

On recent news, the United States Department of Justice shut down the darknet’s largest-known site of child exploitation videos accessed by hundreds of users from around the world with material that showed the sexual abuse of children as young as six months old. This is sick. You likely agree. But this isn’t the pornography of normal people, right? But it perpetuates it, and why should anyone want to take any part in the same industry that leads to these secret darknet societies?

As C.S. Lewis describes in Screwtape Letters, God is the creator of all pleasures. All the Enemy can do is encourage us to take the pleasures which God created “at times, or in ways, or in degrees, which He has forbidden.”

This is what pornography presents to its viewers: a corrupted, cheap, repulsive version of what God intended to be pure, holy, and glorious within marriage. You choose your vice. 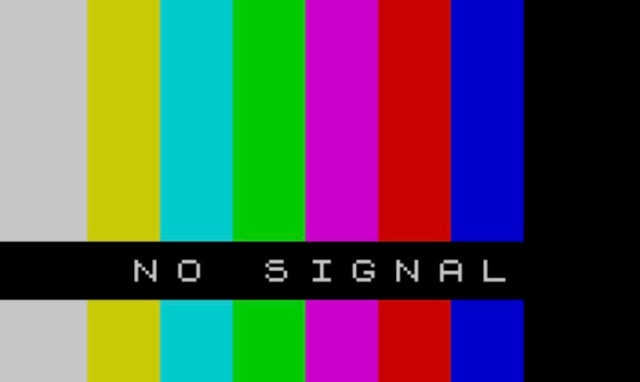